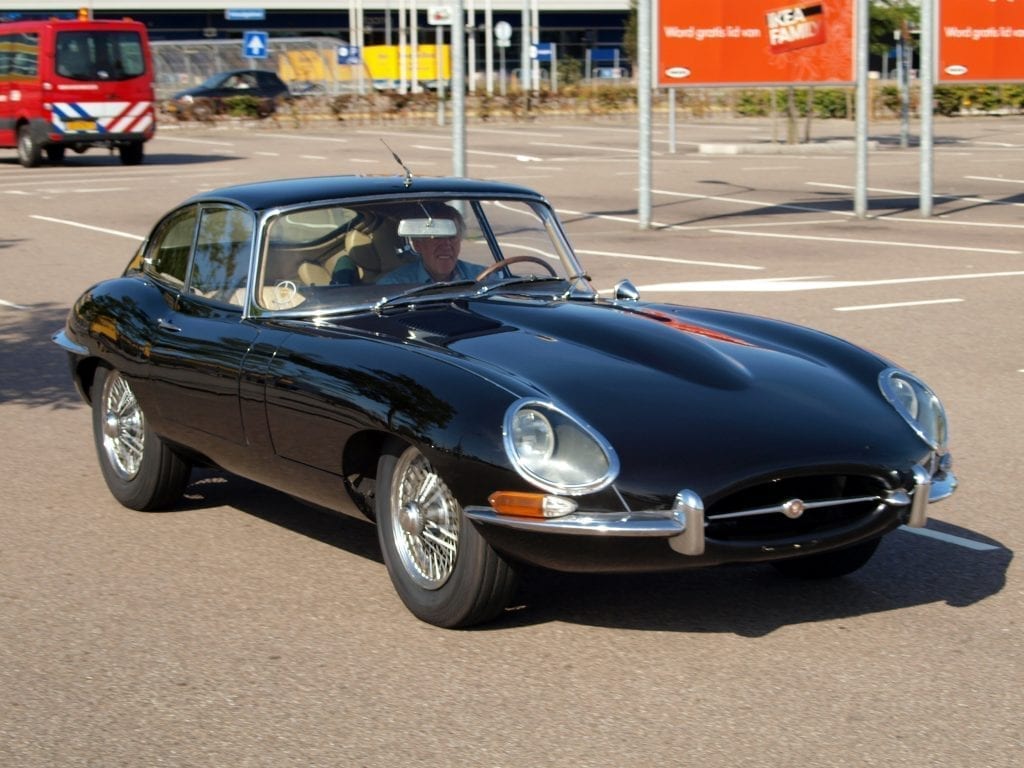 The Jaguar E-Type is a British sports car that was manufactured by Jaguar Cars Ltd from 1961 up until 1975. The combination of beauty and immense performance meant it soon became an icon of the motoring world. The E-Type’s claimed 150 mph top speed and sub-7-second 0 to 60 mph time was unheard of at that time. It featured all the latest mechanical advancements such as unitary construction, disc brakes, rack-and-pinion steering, and an independent front and rear suspension distinguished, which we now take for granted. The E-Type was based on Jaguar’s D-Type racing car, which had won the 24 Hours of Le Mans for three consecutive years, which perhaps explain why this car handled a treat.

On its release on 15 March 1961 Enzo Ferrari called it “the most beautiful car ever made”.

The E-Type was originally introduced as a rear-wheel drive grand tourer available in coupé and roadster form. A four-seater coupé version, with an extended wheelbase, was later released in 1966.

As of 2014, the most expensive production Jaguar E-Type sold at auction for just over £400,000. It was a 4.2-litre Series 1 roadster, with matching numbers, original paint and interior, under 80,000 original miles, and a history of being in the original buyer’s family for 45 years.